Project: Commercial Port Development in Angola GoodWorks raised funding for a study to determine the feasibility of a commercial port in Cabinda. This project cost $750,000USD, was funded by U.S. Trade and Development Agency (50%), Cabinda Government and a major U.S. Energy Company (25% each).

The study was completed and presented to the main stakeholders in Angola in May 2005. When concluded it found that it was economically, financially and environmentally feasible to build a commercial port in Cabinda that will receive large vessels. The port will start with 2 berths which can be increased to 6 over time. With the oil activity, industrial park for petro-chemicals, lumber and other industries, Cabinda’s future growth will benefit from the presence of a commercial port. Currently, GoodWorks is working with a U.S. engineering partner to submit a proposal to the Angolan authorities to further develop the port.

Project: Market Access Strategy for Entry into East and Central Africa GoodWorks International was approached by a Forbes20 company to assist in their effort to develop increased trade and impact with the continent of Africa. Working closely with GoodWorks staff in Kigali and the USA, GWI recommended a three country strategy in East and Central Africa. To date, the Company has successfully secured contracts in the East Africa region, most pertinently to be the Official Advisor in their particular industrial sector to a National Government. The Company is further being positioned to bid on a forthcoming tender which, if successful, will be the Company’s first investment on the Continent of Africa.

Project: Commodity sourcing from East and Central Africa GoodWorks was approached by a start-up, privately owned, US based agricultural commodity trading operation, to advise and guide them on the development of trade in the sector, shipping product directly to the USA. Working closely with GoodWork’s Consultants, both in the USA and on the ground in Africa, the company secured new supply contracts from East / Central Africa, shipping their first orders in 2006, breaking the previously insurmountable European stranglehold prevalent on the particular commodity. Futures orders have further been secured through the 2008 season. 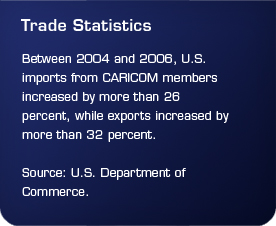